Build your first VR app for the Oculus Rift 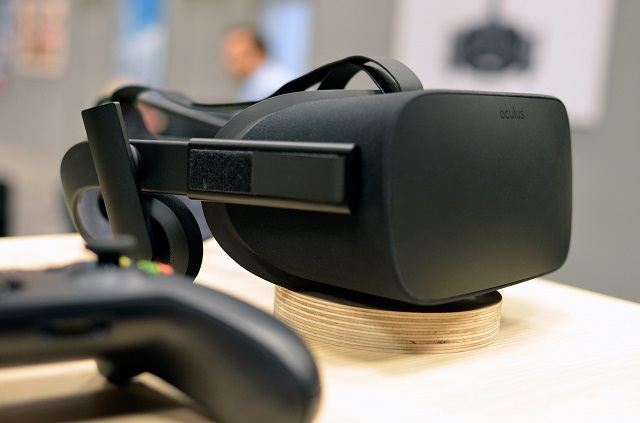 Welcome! What an exciting time for Virtual Reality. Today I’m going to show you how to build your own VR application for the Oculus Rift from scratch!

Whether you are brand new at developing an app – or you are a seasoned veteran – this post is for you. That’s because pretty consistantly every new Oculus runtime and SDK have always had unique steps and weird quirks to get you to the point where you can make apps. And often involve a lot of steps that send you all over the internet to find out how to do it. With this post I am going to walk you through it from the start and you will have a built app at the end of it. Excluding times for downloading, installing and rebooting, you will have a VR app working within minutes..

Some good news for DK2 owners: These steps will work with both CV1, DK2, or Gear VR (for those still waiting)

I’m going to show you how to develop an app using Unity3d v5 and Oculus VR.

For this tutorial you will need:

(You can skip this step if you have never had Oculus installed on your PC, or you already have installed the current Oculus Runtime 1.3. If you have the ‘Oculus Home” experience, then you have 1.3).

For correct operation you want to make sure any previous runtime is completely removed, in particular Oculus Runtime 0.8 which was widely used in the lead up to the Rift release.

(Like Step 1: You can skip this step if you have never had Oculus installed on your PC, or you already have installed the current Oculus Runtime 1.3. If you have the ‘Oculus Home” experience, then you have 1.3).

Before you can build your own VR applications, you should make sure your Rift is correctly installed and you can play existing applications or games.

However, they key steps are:

You can use Unity as the free or professional (licensed) version to create VR. The professsional version allows you to customize the splash screen to remove the Unity logo, and provides more powerful features. For this tutorial I recommend the professional trial version.

By the time you read this that may have changed. To keep up to date with the correct version see the Oculus Forum post Recommended Unity Versions For Development.

Well done! Although this is very basic – it is a real VR app !

The last step is to export your app as a build that can be shared around without the Unity 3d editor.

And that’s it. To share this, zip up the HelloWorldVR.exe and HelloWorldVR_Data folder, and you can send it to others to play!

You now have everything you need to get started on your VR app journey.

If you are interested in 3D, download an FBX formatted 3D model from a site like http://turbosquid.com. A FBX file typically includes model geometry, textures and materials, and can be imported easily by Unity 3d. 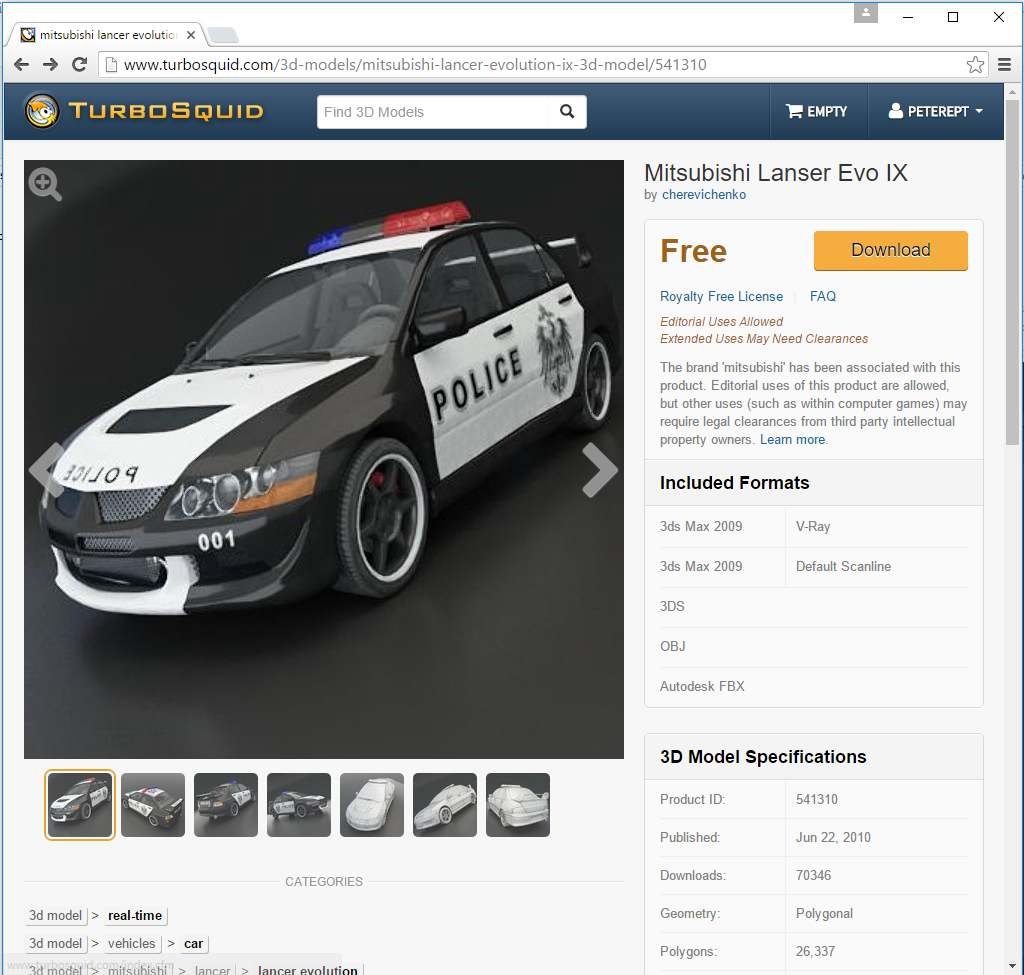 Download the FBX zip file, and extract it. Then drag the MitsubishiLanserEvo-fbx into Unity (into the project Assets window panel).

Simply drag the prefab into the Hierarchy window panel to add it to the scene at position (0,0,0): 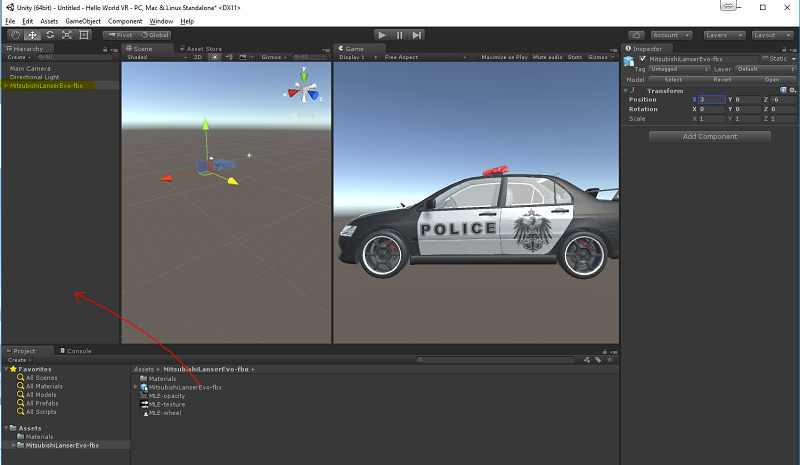 Now press PLAY and you can see the vehicle: 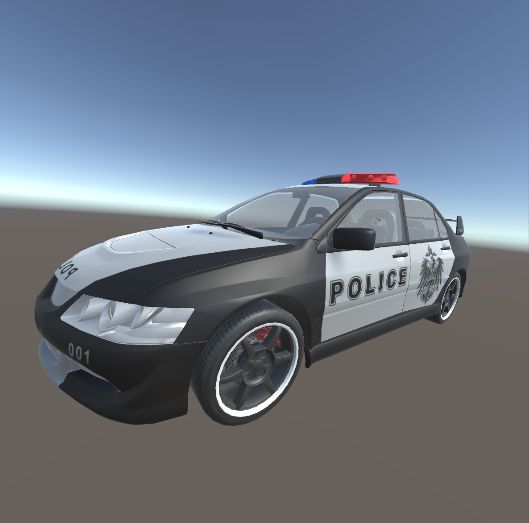 Send me any comments and feedback.