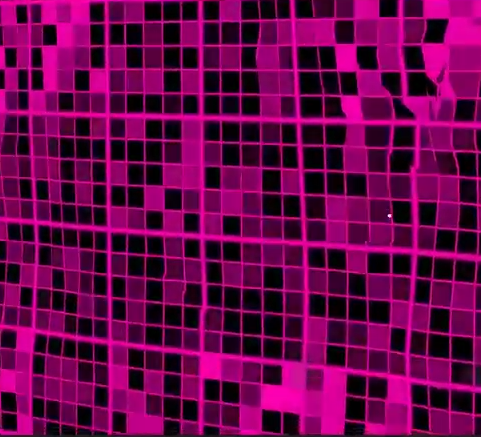 There are a lot of HoloLens apps on the store, and there are just about as many spatial mesh visual effects.

So this week I wanted to explore some of them.

Basically, the Spatial Mapping Manager is designed to let you replace the Spatial Material (which by default is the white wireframed one).

There is a nice Unity Asset Store package I came accross called the “HoloLens Shader Pack” for $27.50.

Here’s how to use it with the MixedRealityToolkit:

Sanity test build that and make sure you can look around and see the spatial mapping.

Whats the best way to look at these? You can build each one for the Hololens, but here’s a quicker way: See it in the Unity editor.

Follow my tutorial for saving a room and then we’ll load that room in the Unity editor.

Drag on a new material while Playing and press “L” to reload the mesh.

Here’s a walk though video:

We’re in a 3d space, so we definately want the audio emitted from Holograms around us to be spatialised audio too.

So how do we do that? Do we just use 3d Audio Source’s on our game objects with standard unity? Will that work with the speakers in the HoloLens?

So, the answer is “not quite”. We need to enable the Microsoft Spatial Sound plugin to correctly spatialise sound. 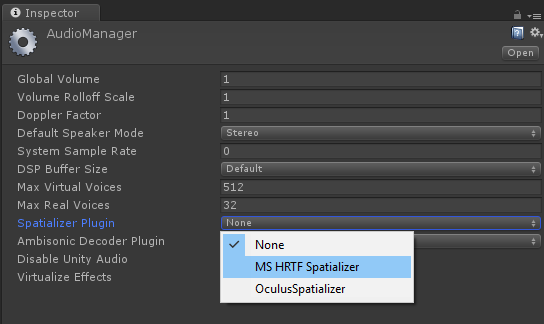 Now, your Audio Source components will have a new flag to indicate they will use the plugin.

Here is a before and after difference for the Audio Source component I placed on my jet 3d model: 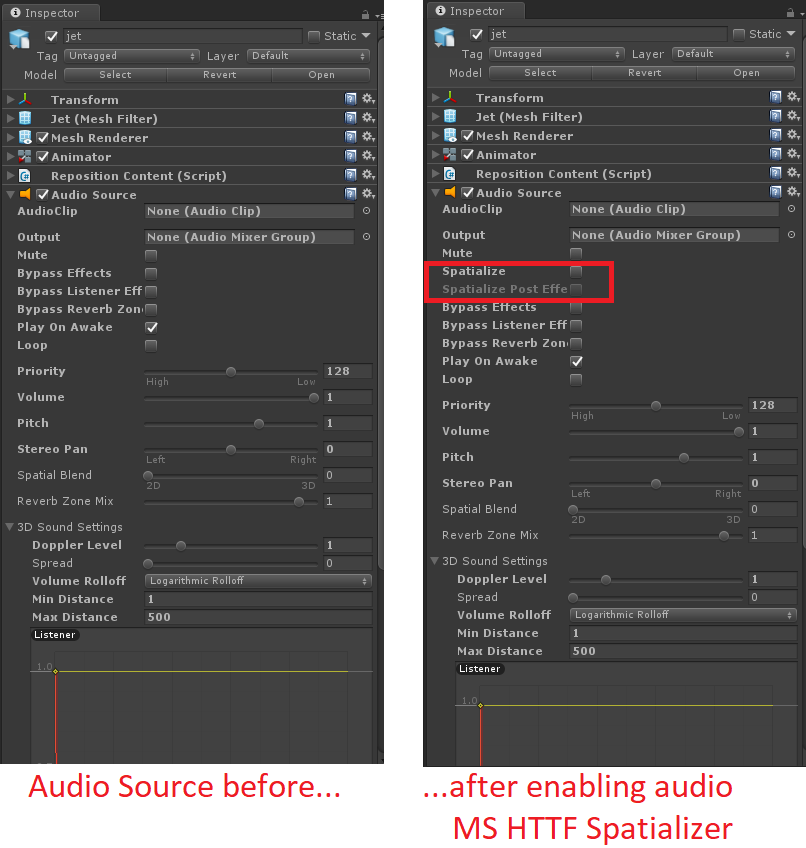 So, now simply checkmark the Spatialize checkbox and build and try out your sound in the HoloLens.

Here I set a looping jet sound and checkmark the Spatialize option: 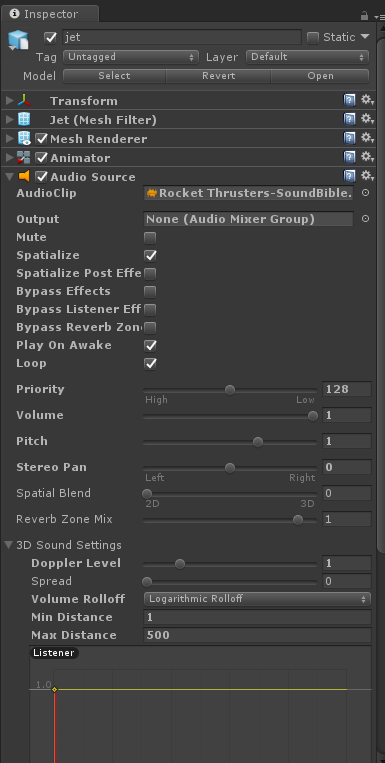 Now run it in the Hololens andas I walk around the sound is coming from the exact spot in 3d space. WOW!

And the best part – no code required!

Spatial sound is all well and good, but it opens up a new problem – what if the sound is nearby, but in an ajacent room? There is a wall blocking the sound.

Unity itself doesn’t handle this. But the Mixed Reality Toolkit gives us a way to manage this scenario with Audio Emitters and Audio Occuluders.

Here is a scenario (as demonstrated in the Mixed Reality Toolkit AudioOcculusionTest scene – a wall blocking the users path to an audio source: 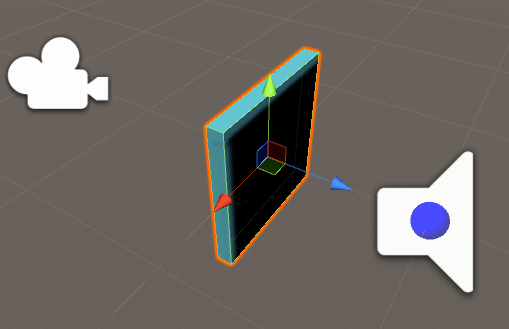 In this case, the wall should cause the audio to be less audible. 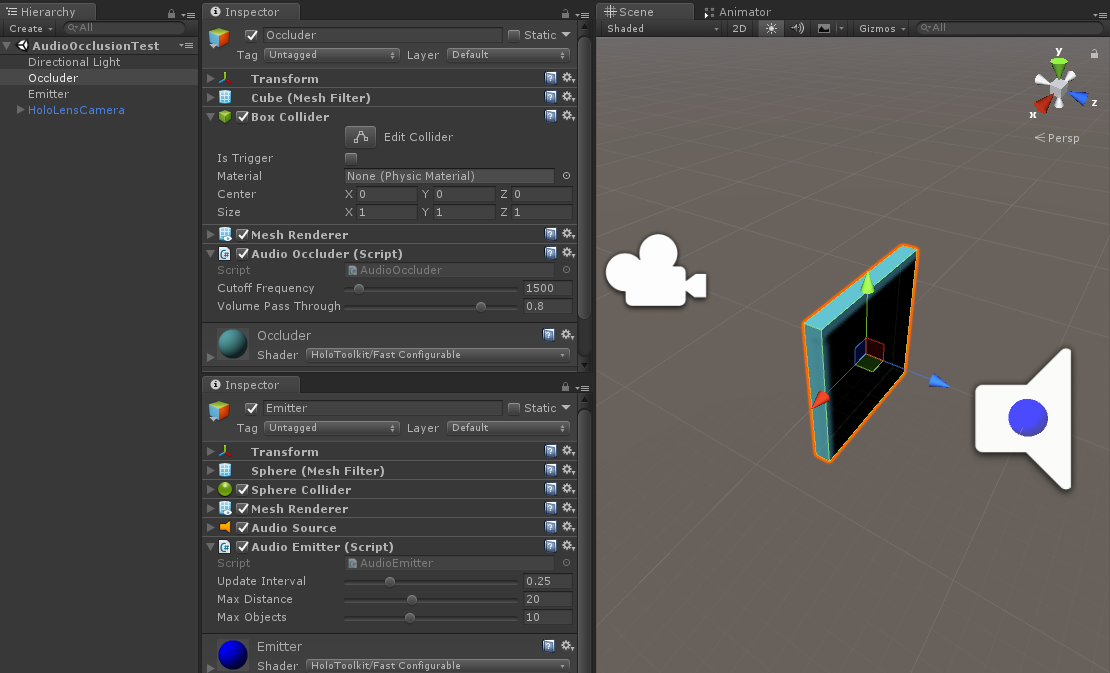 There is a performance impact with an AudioEmitter scanning the scene, so it is not recommended to have too many of these. Better to turn off the audio at a certain distance from the user.