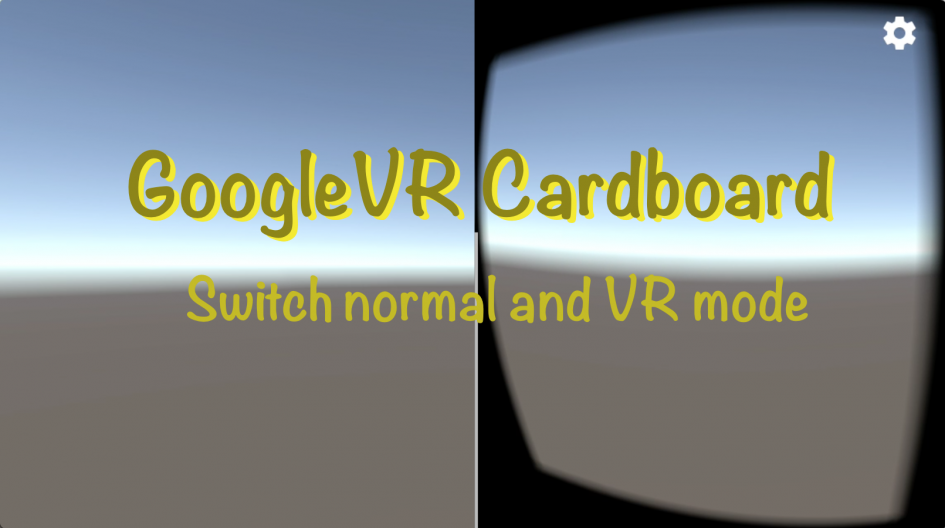 One of the cool features of GoogleVR Cardboard apps is that you can switch from normal mode to VR mode as necessary letting your app bridge the best of both mobile and VR. It can definitely lesson the development burden also having a part that is traditional mobile development and only developing for VR the parts you want in VR.

Today I’m going to show you how to do this with Unity3d 5.6 which has cardboard integrated natively in it.

In the past with the GoogleVR Cardboard SDK you would use the GvrViewer component and toggle VRModeEnabled like this:

But in the current GoogleVR SDK 1.6 the GvrViewer is no longer provided as standard. But that’s ok, because Unity now has a generic way to switch between VR modes – which is great because you may also have additional VR devices to support in the future.

You can now load VR profiles via the Unity3d VRSettings API:

and you can see the current loaded device via:

Special note: If you set the loaded device to be “None” then the loadedDeviceName property actually returns “” ( an empty string).

To use this, in your project player settings you want to enable VR mode, and add the desired SDK (“cardboard”) but importantly also add the (“None”) SDK which allows you to switch out of VR mode altogether:

Here is a simple script to switch between normal and cardboard VR mode when you tap the screen:

Please watch the video for a complete step-by-step tutorial.

When you select “Virtual Reality Supported” in project settings, it disables your ability to set the orientation. By default this is Automatic auto-rotation – but most likely you don’t want that at all – you will get weird effects (and bugs) if you rotate between landscape/portrait.

For me, here I set Landscape Left only, and with Virtual Reality Supported it looks like this: